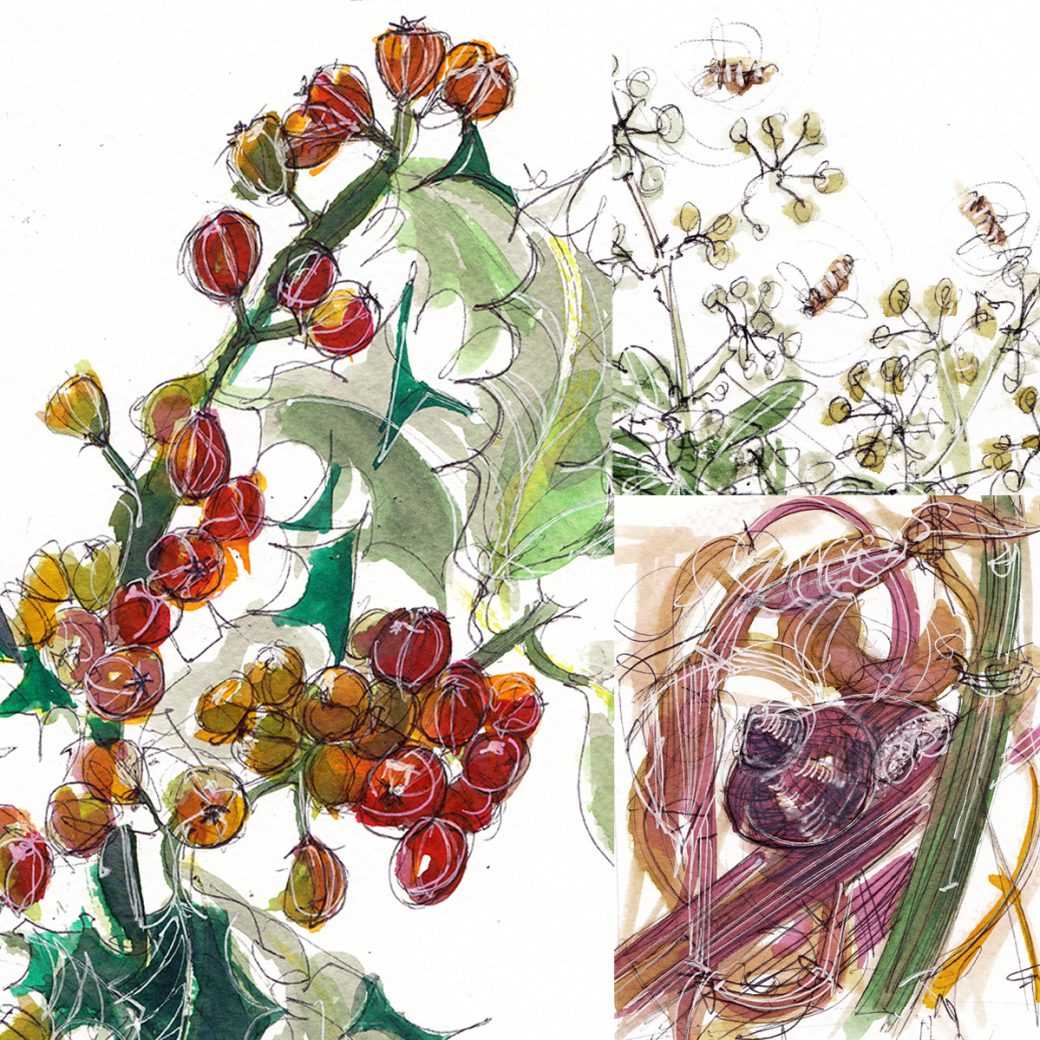 Holly and Ivy in September… that seems wrong in a “Surely we’re not talking about Christmas yet?” sort of way – but this week’s dispatch is all about the wildlife.

Just as the garden has that look that an old college friend describes as “having had one party too many”, it serves up a banquet.

Spotting wood pigeons swaying precariously at the top of the holly tree, picking off berries, I went out for a closer look. This year, the tree, grown from a cutting given to me by a studio mate, is laden with them. Over the next few months, the birds will have the lot. But at the moment, they’re the colour of ripening apples and it takes layers of watercolour to build up hues and transparency.

Look up and the ivy I curse myself for growing as a shade plant (it’s done a little too well…) is in flower and alive with bees and wasps. So now, while it sustains species, is the time when I’ll be leaving it be.

As I was pausing to draw something else entirely, I spotted a snail, working its way along a sweet pea support made from an old fennel plant. Soon, the patch will be cleared, seeds saved for next season. But for now, the snail is welcome to its snack.

I’ve been illustrating some bigger habitats for 26 Habitats, a project by writers’ organisation 26 with The Wildlife Trusts. There's a Q&A on my work here.